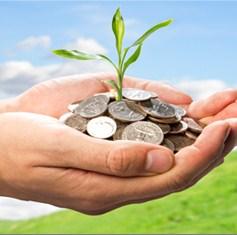 There’s been good news amidst the gloom and doom that dominates public rhetoric these days. Here are some highlights…

Giving is expected to increase 4.1 percent in 2016 and 4.3 percent in 2017, according to The Philanthropy Outlook 2016 & 2017. “The prospects are good for solid growth in overall giving to nonprofits both this year and next,” said Amir Pasic, Eugene R. Tempel Dean of the Lilly School of Philanthropy, which published the report.

Foundation giving is driving those numbers, with recent growth in donor-advised funds and family foundations. The Chronicle of Philanthropy’s annual survey of America’s most generous donors notes “many of 2015’s biggest gifts aim to drive social change, and several emerging philanthropists are making gifts to the needy.”

Giving to education is expected to grow an average of 6.2%, as philanthropists are increasingly interested in growing philanthropy for post-secondary as well as K-12 education.

Fundraising campaigns are ramping up and delivering results, according to the December 2015 report of the Nonprofit Research Collaborative. 46% of charities were actively “in a campaign”, up from 12% in 2011. 28% of organization’s reported that they were “planning” a campaign. Simply planning for a capital campaign was found to boost an organization’s ability to raise money overall.

Giving by individuals is the most susceptible to the uncertainty of our times yet is expected to show modest growth of 3.75% over the next two years.

Effort invested in cultivating relationships remains a key ingredient of success. Recent research published by Adrian Sargeant at the Centre for Sustainable Philanthropy shows how fundraising results are rooted in social science. Donor motivations, like relationships, evolve over time. Meeting repeat donors’ needs for a sense of belonging and tapping their desire to be part of a distinctive group will increase the lifetime value of your donors’ contributions.

So what might you take-away from this news? Stay focused on loyal donors, major gifts and relationship building. There is a spirit of philanthropy that is prevailing in our country despite these uncertain times. Those that set their sights on fundraising growth and invest in their development programs will reap rewards for years to come!