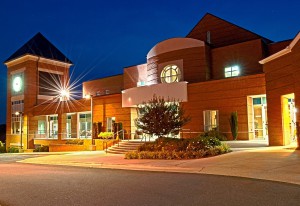 United Church Homes and Services began informing and engaging donors and volunteers more than two years before launching its $3.6 million capital campaign for Abernethy Laurels. We talked with Nancy Beard, CFRE, President, UCHS Foundation, to learn about her experience.

When did you start engaging donors in preparation for your campaign?

We started with a series of focus groups early in 2012. We wanted to hear what our donors were thinking about the organization and its philanthropy program. Last August, our volunteers hosted small groups of 8 – 10 residents to share updates on our building project plans. No one was left out.

We often hear about the importance of recruiting campaign leaders with influence and affluence. What part did that play in your success?

Our Campaign Chairman Joe Beaman can open almost any door in our community. He recruited key volunteers, including Julius Abernethy IV, the great-great-grandson of our founder. One local philanthropist made a very nice gift and noted that he was impressed that the next generation was involved.

Tell us about your divisions and something about the role of your volunteers.

By the time we launched our campaign, six campaign divisions and more than 35 volunteers were engaged. As a faith-based senior living community, our divisions reflect our constituencies: boards and community leaders; residents; employees; families; churches and UCC members; and businesses,foundations and government.

Chairs of each division helped us to identify volunteers and prospective donors. We wouldn’t have secured  gifts at the level we did without these well-informed, well-armed volunteers.

What is your greatest engagement success story?

One division leader organized volunteers to call on churches and church members with whom we had lost touch. They visited and made presentations, reestablished relationships, and  let people know the impact of their gifts. The division raised $170,000 through this hard work.

What about the role of the Philanthropic Planning Study? What were the benefits you derived?

The feasibility study gave us credibility. We needed assurances that people were on board and that our expectations were realistic. We were able to announce a higher goal than we tested.

Our donors were very impressed with the interview experience. I valued the one-on-one relationship, mutual respect and partnership we forged with MMS Advancement Associates throughout the process. The planning study gave me the confidence to go forward and do what needed to be done.

Can you tell us how you have grown

legacy giving through your Julius Society?

We have 27 new Julius Society members this year including four new residents. We have acknowledged legacy giving in our campaign for all those donors age 85 years and above.

Gifts of any amount are welcomed and celebrated at our annual Julius Society Dinner. It is an evening about the love of legacy giving!

Everyone at UCHS is invited to our philanthropy table!

Read more about Positioning for a Capital Campaign by Informing and Engaging Key Leaders.